PAWEL'S BAR is the alias of Leipzig based Marvin Uhde aka QNETE. While as the latter he’s known for sophisticated house and shows a preference for breakbeats, Pawel's Bar is much more reserved and subtle. Its dub and downbeat structures that build the foundation on »Pawel’s Desert Trip«. Instead of facing the dancefloor head-on, tracks like the shimmering WELWITSCHIA, the mellow MANY BIRDS or the nature-dubby PHARAOHS work excellently as companions for any life situation. Rather soundtracks of withdrawal than mere ecstatic escapism. Big feelings. Meanwhile, on RECYCLE, REFRESH and BEACH NIGHTS you can hear why QNETE is such a sought-after DJ and producer (X-Kalay, Shtum or 777): a deep knowledge of what a party might need, although nobody expects it - as Pawel's Bar he can prove this knowledge as well, even if he tries to disguise it.  With this, he also follows the rumor that has been around for a few years about the Kame House Records: This is where great producers come to think outside the box and deliver their unexpectedly best records.. 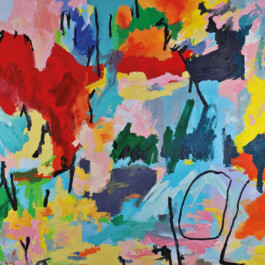